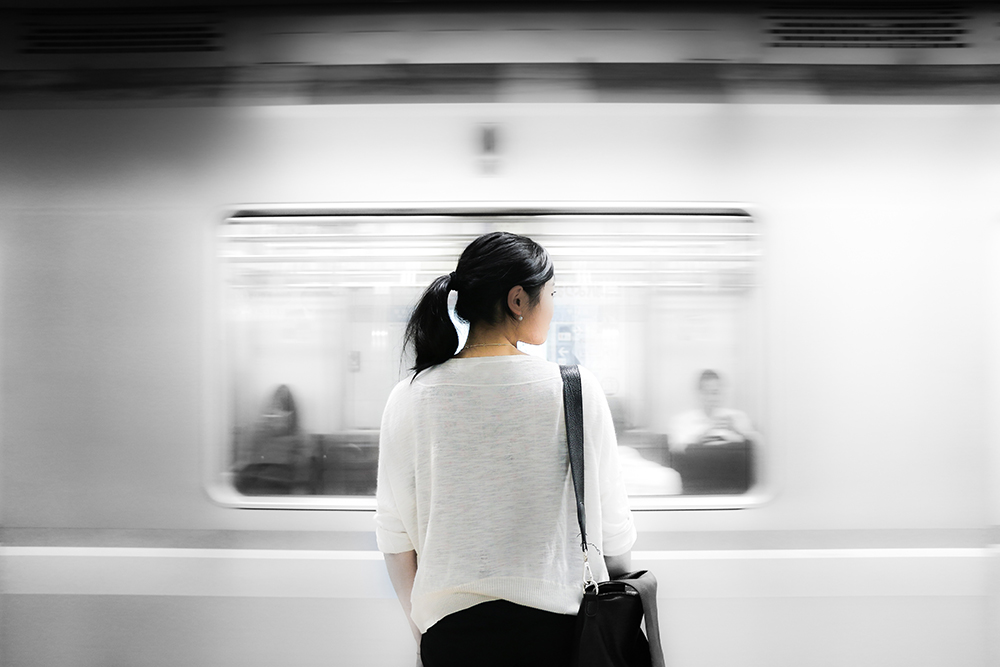 Can you identify the energy of “pushing”? It’s the feeling of trying to force something, trying to manipulate or simply overpower the situation to “make” something happen. And you may have noticed that it rarely works the way we want it to.

We think that when we push, we’re doing our part. We think it means we’re being responsible. And most of the time, we feel the need to push things through because of a sense of lack. We think, “If I don’t push, then it won’t happen.”

But do you see how there’s no trust in that pattern of thinking?

I’m not saying that you shouldn’t take action – because action is vital to successfully running a business – but I am saying that when you take action that is in alignment with your energy and your inspiration, your results will be dramatically different (for the better!).

The Alternative to Pushing

So if you set aside the pushing energy, what is the alternative? Stretching.

The best results from physical stretching come when you allow it to happen.  You take action by committing to it, wearing clothes that give and putting yourself in the needed positions.  You might have an expert show you how to do it healthily and more easily.

The same is true with stretching yourself in your business, whether it’s stretching to make a video, send out introductory letters, or do a launch.  Setting up your environment to support you, having expert guidance and committing to showing up and trying are key.

Tweet: When you take action that is in alignment with your energy and your inspiration, your results will be dramatically different!

Stretching is gentle and challenging at the same time.

The most important piece of this is to release the attachment to the outcome and “hold it lightly.”

Here’s an example: imagine you’re getting ready to launch a new program. When you’re preparing for a big launch, there are deadlines that must be met so that the program can move forward smoothly.

When I launched Wealth School there were emails and sales copy that had to be written, but I didn’t want to force myself to write them.

Instead, I decided to “hold the emails lightly.” As in, I knew I had to get them done, but rather than charging through the work, I waited for inspiration. I allowed myself to be curious and open to what was going on around me.

Because sometimes inspiration is subtle. It’s the song that happens to be playing when you walk into a store, or the idea that just kind of pops into your head when you’re in the shower.

One woman I work with is a performance artist, and when I chatted with her about the energy of pushing she knew exactly what I was talking about. She recalled a situation where she had three projects on the docket, but despite how hard she was pushing to move them forward, they just wouldn’t budge. People wouldn’t call her back, funding wouldn’t come in, and it felt impossible.

When she finally released the things that weren’t moving forward and held her artistic career “lightly,” she quickly was offered a role in a bigger project that hadn’t been on her radar at all. Through that project she met a collaborator that she worked with for several years creating project after project after project with much success.

But it couldn’t happen until she released the three initiatives she had been clenching in her fist so tightly.

Give yourself space to recognize the inspiration. Allow yourself time to be quiet and receptive to new ideas without trying to “find the answer,” but rather, breathing, focusing on the spaciousness and allowing the answer.

Just be curious about what may come up. And then see what a stretch would be.

Have you ever felt the energy of pushing? Maybe you’ve even felt it this week, or this morning! Leave a comment below to share your experience and join the conversation.