When something starts to feel uncomfortable or a little bit scary, our inclination is to pull back. We disengage in some ways.

Do you know what I’m talking about?

The funny thing is that in order to really make a difference and have an uncomfortable situation work out better, to really be connected to the other person, we have to lean in instead of hold back.

When we see ourselves beginning to pull away, there are some things we can do to reconnect.

Recognize That We’re Pulling Back 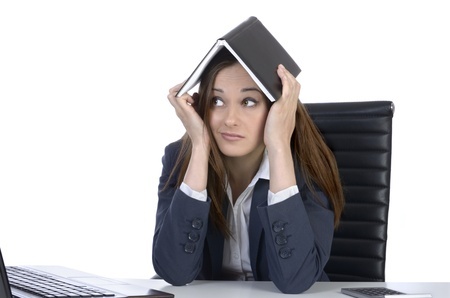 Often we do it without even realizing that we’re doing it. We might send a short email instead of really addressing the issue and connecting with the person. Or we try to ignore the situation and just hope it works out, or we emotionally distance ourselves.

That creates a space between us and the other person.

We stop communicating as much, we don’t apply ourselves and we write off the relationship in some way. Even if it’s not a total write-off, we think things like, “Well, I’m not going to get my need for X met here. I’m out.”

When I work with clients, we clear the fear and everything that’s related to it. Then we can take a deep breath and reach out MORE. That usually looks like explaining more of what’s going on for us to the other person so they understand where we’re coming from.

It can also mean asking the other person what’s going on for them and addressing whatever that is.

If it’s a potential client who hasn’t signed up, it could mean writing a warm email. Not assuming that they’re not going to sign up or that they don’t think your services are valuable, but a warm email saying, “I understand that sometimes it’s hard to commit to the kind of work we’re going to be doing together. And if there’s anything else you want to talk about, let me know.”

You might find out that it was a busy week and they thought they had signed up with you but just didn’t hit send.

This keeps us finding out the actual truth.

By leaning in, we open ourselves up to finding out what’s real. So instead of creating space between us and the other person, we create space within ourselves to be with what’s actually going on.

One of my clients was having an issue with someone in her life that she really cared about. It was really a problem for her to have ill feelings between the two of them because she loved this person so much.

In our session, we cleared all of the fear and the things from her past that it brought up. She was having thoughts like, “It’s not even possible for this situation to be better. We’re always going to be combative with each other.”

She was experiencing feelings of guilt about her part in the situation, feelings like she couldn’t trust herself or other people, and that she didn’t know how to set healthy boundaries for herself.

When we cleared all those things, she was able to see the other person for who she really was rather than the scary nemesis she had built her up to be. She got back in touch with the fact that she really does care about this person and wanted to work things out.

Once this client was able to approach the other person and connect with her again, she felt calm and centered again. She was able to then take some actions in her business that hadn’t gotten done because so much of her energy had been tied up in the energy of the relationship.

What about you? Have you ever felt yourself pull away from conflict rather than lean in to get it resolved? Leave a comment in the area below to add your voice to the conversation.