Creating inner space with my clients is a big part of what I do. When we have that space inside of us, it provides an opening for creativity and for possibility. 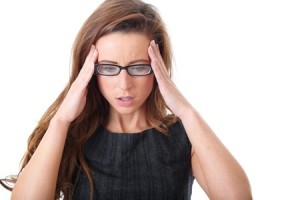 Most people don’t realize that each individual is responsible for creating the inner space within him- or herself. We have assumptions about ourselves that simply aren’t true, like, “I know me, I can’t do this. I can’t speak in front of groups. I can’t just go out and get new clients like this other person can.”

That becomes an excuse for not trying, and not creating a space to really give it a shot.

In a way, it’s understandable that we crowd ourselves with thoughts and beliefs that aren’t true. It’s a kind of self-protection. If we don’t think something is possible, why would we really go for it? As a result, we’ll never have to experience the hurt of not getting it.

There’s a Different Way to See It

The big thing that many people don’t even realize is that there’s a different way to see every situation. We really dohave a choice.

When I work with clients, I help them differentiate what’s truth vs. what’s story – and sometimes it’s difficult! Story can really feel like truth when it’s your stuff. It’s much easier to spot a story in another person than it is yourself.

When people want to change their thoughts and point of view, they often push away or push down the old thought patterns, labeling them as “negative” or “wrong”. In my work, we go deep into the thought patterns, find the origins of the belief and remove those blocks. Their point of view then naturally and easily shifts because it’s no longer locked in place by the old gunk.

When a strong fear or negative belief comes up, it’s usually because it’s related to a past experience. There’s a resonance that goes much deeper than whatever triggered you in the first place, because what’s happening now is calling up all the times in the past when you’ve been in a similar situation and felt the same way.

And you tend to react the same way now that you reacted then, and you may not even realize you’re doing it.

In recognizing and releasing the past, you can deal with the current situation in a whole new way.

I worked with one client recently who didn’t feel like she had a right to be heard. She wants to build her business, but found herself holding back over and over again. She’d put herself down so other people felt good, which didn’t help her communicate her expertise or build her business!

She described it as an attachment to a way of being that she was comfortable in but that didn’t serve her. Even knowing that, she’d been unable to change it.

In our session, she discovered that this behavior came from her childhood feeling of having to be “the good child”. She had a sibling who was always causing waves at home, and she felt like she had to be the one who stayed in line. She felt guilty if she caused her parents any more stress than they already had, so she stayed quiet and tried to keep everyone else happy.

You can’t effectively run a business when you’re trying to make everyone else feel good or like you.

Being able to deeply release that old pattern and heal the child in her who was still feeling caught up in that situation gave her that inner space. She was available to a new possibility for herself and the way she interacted with people. Clarity and confidence were now possible for her.

So while you get some freedom from dealing with what’s in the present, there’s a whole other level of freedom – of inner space – that comes in when you clear the origins from the past as well.

Once you clear that past hurt, the future changes. You’ll only be dealing with the present challenge rather than also struggling against the resonances from the past. You might get angry in the moment and dislike what’s going on, but you deal with it and you move on.

Have you ever let go of a past hurt? Did it create inner space for you? Leave a comment in the area below to join the conversation.