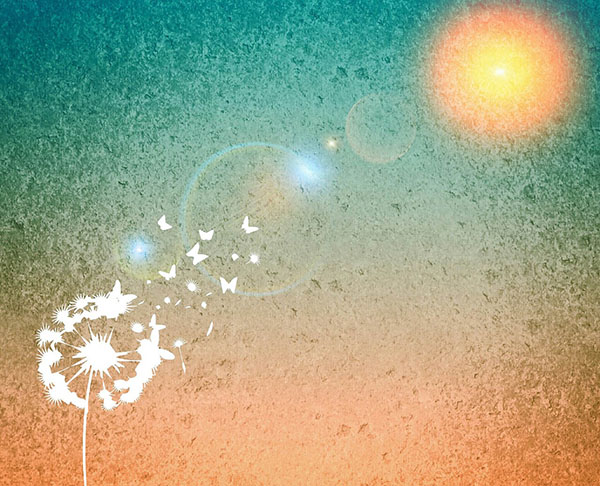 Have you ever had one of those moments or days when things just feel easy? You’re truly grounded in yourself and you have a sense of peacefulness that radiates from within.

You feel confident, calm and trusting of the Universe, and even when things go “wrong,” it feels as though they’re going your way.

I love that sense of ease, and it’s something I work on for myself and support clients in finding.

Several weeks ago, I wrote about my experience with an entrepreneurial leadership group that ended up being profound. I discovered that, to my surprise, I had been defaulting into a position of leadership in many areas of my life – which kept me somewhat detached from the people around me.

Do you ever feel like you’re disconnecting from others? It’s usually because there’s a layer of gunk under the surface that’s keeping you from clearly tuning into yourself.

Often, it’s hard for us to see the gunk for ourselves because we’re so used to it. It’s just “normal life” for us.

Removing the Gunk Reveals the Ease

When I discovered that I was distancing myself from the other people in my group, I was able to work through it and experience the ease that we so often long to achieve. Becoming aware of it – seeing it – was crucial.

It was like there had been this thin veil between me and other people that I was so used to seeing that I didn’t even realize it was there.

If you’ve ever worn glasses or contacts, you’ll be able to relate to this analogy. The first time I got glasses, I was amazed that I could see the leaves on the trees. I didn’t realize that other people were walking around enjoying the leaves, and I couldn’t even see them! My eyesight had changed so gradually, I just assumed that things were how they looked to me.

After the experience at the entrepreneurial retreat, it was like I could connect directly with people with a new ease. It just felt natural in a way that it wasn’t before.

With my new sense of ease, I noticed that I felt comfortable in all situations. Sometimes I was surrounded by people and other times I was alone. Both were okay. With the ease, I had lost a level of trying – I could be more innately who I am.

What I have come to understand is that the sense of ease I was experiencing, connecting without pushing or trying, is exactly what had been missing in my leadership.

Tweet: The ability to just be yourself and be available for connection is such an important quality in a leader.

In a lot of ways, I had previously believed I was allowing others to see me clearly because my mind intellectually understood what that means. I thought I was doing it, but I couldn’t quite see clearly through the layer of gunk.

Do you ever long to be more clear in your intentions, and more grounded when you’re working on your business? I would love to speak with you one on one and uncover the clarity that I know is just below the surface. Email me to set up a time to speak with me directly.